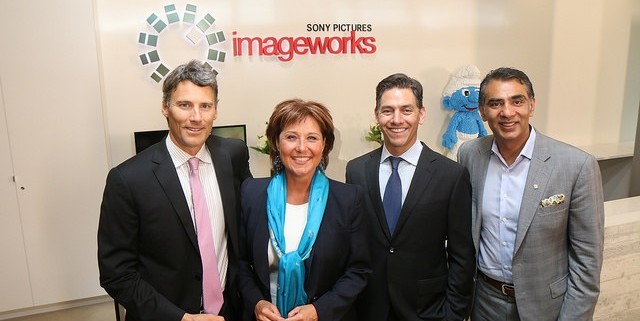 Premier Christy Clark and Vancouver Mayor Gregor Robertson attended the opening and took the opportunity to speak about the growing presence of B.C. as a visual effects powerhouse. According to the latest information released by the Vancouver Economic Commission, B.C.’s largest city is now the world’s biggest hub for animation and special visual effects. The latest estimates peg over 5,000 people as being employed by local animation and effects studios.

“B.C. is thriving because we have a diverse economy and diverse markets – and tech is leading the way,” said Premier Christy Clark at the opening. “With a highly skilled talent base, attractive lifestyle and business climate, B.C. is increasingly a global destination for digital media giants.”

Imageworks is busy creating the computer generated animation for Hotel Transylvania 2, featuring the voices of Adam Sandler, Selena Gomez and Steve Buscemi. They are also working on crafting special effects for next summer’s superhero film Suicide Squad and the reboot of Ghostbusters starring Kristen Wiig and Melissa McCarthy. Special effects for the next Spider-Man movie will also be done at the Vancouver facility. 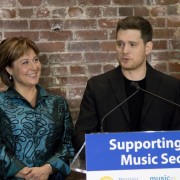 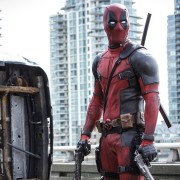 Reboot Returns to Airwaves as The Guardian Code