On the weekend of March 11 to 13 criminal minds from all corners of the country will descend upon Granville Island. Some of them specialize in constructing alibis for murders, while others take great pains in weaving intricate forms of blackmail, revenge or the silencing of secrets forever. No two think alike, but they all share at least one thing in common: they would love to meet you.

Later this month CUFFED: The International Crime Writers Festival will welcome 20 of today’s hottest crime fiction talent to Performance Works and the Granville Island Hotel. For three days some of the genre’s best-known Canadian talent will tell audiences how they craft relatable villains, ambiguous anti-heroes and tell richly dark stories of human failings that seem all-too-believable – and indeed, might also draw upon disquieting facts.

The lineup of assembled talent is impressive: Linwood Barclay (his novel “No Time For Goodbye” has been translated into nearly 30 languages), Gail Bowen (creator of the Joanne Kibourn book series), Terry Gould (investigative journalist and non-fiction author), C.C. Humphreys (creator of the French Executioner and the Jack Absolute series) and B.C.’s Owen Laukkanen (“The Professionals”) are just five of the 20 authors that will be speaking at CUFFED. Crime reporter Kim Bolan, who’s known for her coverage of the criminal underbelly in “The Vancouver Sun”, will also be a featured speaker and guest at CUFFED.

Scottish crime author Ian Rankin created the character of Inspector Rebus and is a supporter of CUFFED. Rankin’s Rebus is one of the genre’s best-selling sleuths, appearing in more than a dozen bestselling novels and has also been adapted into television.

With a Little Help from Scotland’s Criminal Mastermind

While this is the inaugural launch of the CUFFED festival, it’s already got an internationally heavyweight champion behind it. Scottish author Ian Rankin, creator of one of today’s most popular fictional detectives (Inspector Rebus), helped raise funds for CUFFED’s launch from an event put on last year.

“Readers realize that along with a compelling narrative, crime fiction says important things about the state of the modern world and asks tough moral questions, making us think about our societies, our institutions and ourselves,” said Rankin. “Crime Fiction Festivals are springing up over the globe and I am positive CUFFED will prove to be one of the jewels in this crown – especially with Alma Lee in charge.”

Alma Lee is the Producer of CUFFED and the former Artistic Director of the Vancouver International Writers Festival. It was during her time spent at that organization Lee first saw growing appetite from audiences eager to explore the nuances of crime fiction. “When Lonnie Propas (CUFFED’s Artistic Director) approached me to help him produce a ‘genre’ festival it seemed like a good idea,” Lee explains. “When we decided to go forward we got nothing but highly positive response from everyone we spoke to – publishers, writers and readers all of which made us confident that we could pull it off.”

With votes in confidence from Ian Rankin – as well as letters of support from other influential crime fiction writers like Louise Penny and Quintin Jardine – the CUFFED team are hopeful that this will be the first of many more CUFFED festivals to come. Chances are good that they won’t be dead wrong.

Purchase tickets for the venues. 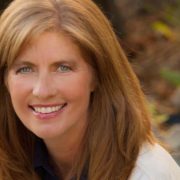 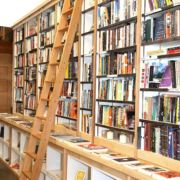 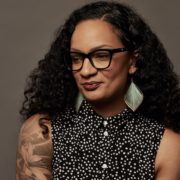