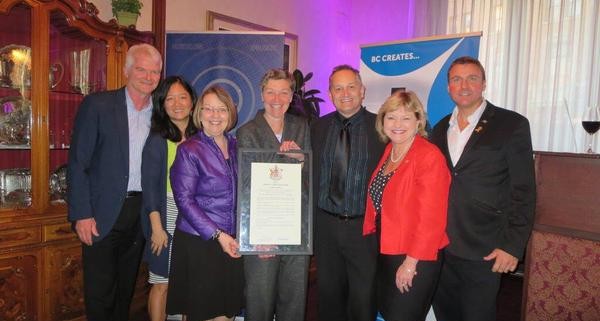 Victoria, BC – BC’s creative industry leaders are gathering in Victoria with partners in business, community and Government to celebrate Creative Industries Week (April 27-May 4). A special reception and creative industries showcase take place April 28-29 to introduce ‘BC Creates’, a collaborative communications initiative established to tell the story of the Province’s creative economy.

Internationally renowned artists, actor/writer Brent Butt and musician Sarah McLachlan, join The Honourable Shirley Bond, Minister of Jobs, Tourism and Skills Training, along with representatives from across Government and BC’s creative industries to launch the
BC Creates initiative at the April 28 event.

“Together in BC we have built a remarkable creative economy that collectively represents $4 billion in annual GDP and more than 85,000 jobs,” said Music BC Executive Director Bob D’Eith. “It’s an inspiration to have acclaimed representatives like Sarah McLachlan and Brent Butt with us to celebrate the accomplishments of BC’s creative industries. With a continued collaboration between industry and Government, this Province holds exciting potential for future generations of British Columbians,” D’Eith added.

Under the banner BC Creates, creative industry stakeholders – from across film & television, music, digital media & technology, and book & magazine publishing – are working together to share the story of the economic, social and cultural contributions at the heart of BC’s creative economy.

“With decades of growth across British Columbia’s creative industries it’s time for us to make the connections that reveal the scope and impact of our talent driven economic engine,” said Liz Shorten of the Canadian Media Production Association, BC Producers’ Branch. Shorten continued, “Tens of thousands of British Columbians contribute to our creative industries – together we have a great story to tell with BC Creates.”

The April 28 introduction of the BC Creates message paves the way for an April 29 creative industries showcase at the BC Legislature with representatives from BC’s film & television and music production sectors providing a behind the scenes look at the talent, technology and expertise driving BC’s creative economy. Part of Creative Industries Week in BC, the event takes place in the Rotunda at the BC Legislature with scheduled performances and interactive sector demonstrations.

BC Creates is poised to build in social media and online with @bccreates, #bccreates, Facebook, www.bccreates.com as well as through trade and special events, and traditional media.

BC Creates is a branded communications initiative established by creative industry stakeholders to celebrate and engage British Columbia in the story of the Province’s vibrant creative economy. 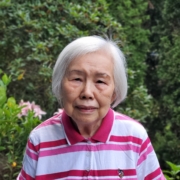 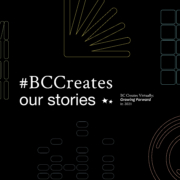 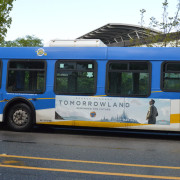 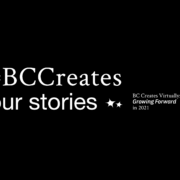 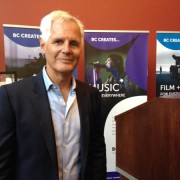 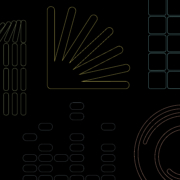