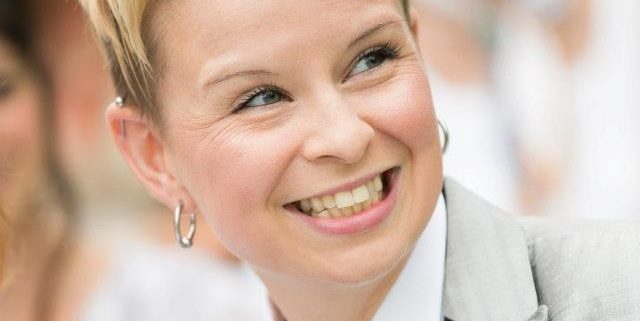 “People trust me because I show up 110%. I’ve been in the trenches and I’ve done the work to get to where I am now.”-Robyn Haddow

As a Fantasy User Interface (FUI) motion graphics artist, Robyn Haddow is often the only female artist in the room. “I think I’ve worked with one other female in my field here in Vancouver,” reflects Robyn.

Recently, Robyn was invited to speak on the Women in Motion Graphics panel at the National Association of Broadcasters (NAB) conference in Las Vegas. “I didn’t have any female role models when I was starting out, so I know how important it is for women to be visible in this industry. I want young girls interested in this field to know there’s a real career path open to them.”

Motion graphics is growing out of its infancy, and the learning curve is steep, especially for women who might not see themselves represented. It’s not an easy industry to break into it, mostly because it’s so new and changing at a rapid rate. “In order to sustain yourself as a freelancer, you need to be a jack of all trades.”

Robyn’s specialty is FUI screen graphics, so whenever you see an actor interacting with technology on screen – whether it’s a computer, a smart phone or a hologram – she creates those graphics. The demand for her type of work has gone through the roof as the amount of technology on screen continues to increase.

“Five years ago, there might have been five builds needed in a scene – now with things like wearables, the content factor has gone way up. We often see 20 builds in one scene now.”

As a freelancer, she gets to work on all types of projects including the recent Ant Man and the Wasp with West Media. “I’m currently drawn to creating things that don’t yet exist. My favourite way to build is to draw influence from both the organic and mechanic worlds – if you can bridge that successfully, you can breathe life into something inanimate and make it so much more than just a machine.”

Robyn was attracted to the world of motion graphics because she wanted to push the boundaries. She studied graphic design at Vancouver Film School and then opened up her own design studio. After the recession hit, she started freelancing and creating motion graphics for video game trailers. Yet, it wasn’t until she worked on shows like The Flash, Arrow and Legends of Tomorrow that she started to define her niche. “I was really excited by the people who were pushing the envelope. There’s a huge arena for creativity and exploration in this field right now.”

Robyn hopes her work can help people access information in beautiful and interesting ways. Yet, more importantly, she hopes her work can inspire new people to enter the field. “I want to help create a warm, welcoming and easily accessible community.”

An Interview With Josh Nilson CEO of East Side Games 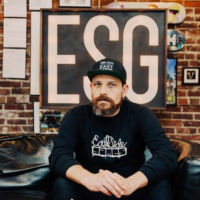 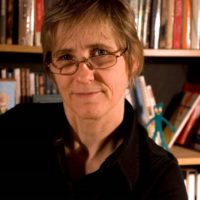