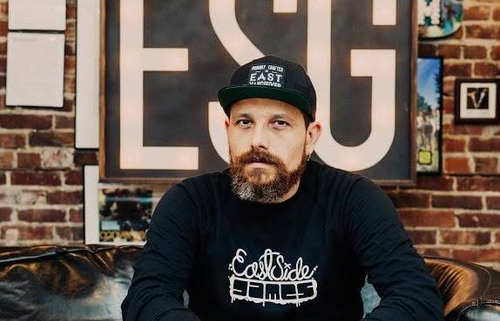 “Trust happens when you show up and share.”-Josh Nilson

For Josh Nilson, video games are a way of life. “I think for everyone born in the 70s, video games were a huge part of their childhood. You’ve seen Stranger Things? I lived that. We stayed out late and played video games all the time.”

Josh started working in the video game industry 11 years ago, and he’s seen some great success. He launched East Side Games seven years ago and currently employs over 100 people. They’ve had 40 million+ installs across their various games, and they’re currently making a game for the hit series It’s Always Sunny in Philadelphia.

Yet, while he’s currently riding the wave of success, he admits there’s been lots of failure along the way. “Lots of our games may have been popular but they weren’t always successful. We failed for years, and then Trailer Park Boys hit the market at the exact right time. We saw a huge opportunity to make a game for people who didn’t have much time by making it easy to play and hard to put down.” He believes everyone is a potential gamer because they can play on their phone when they’re waiting for the bus or grabbing a coffee.

The industry is changing quickly, and video games aren’t what they used to be. When Josh started East Side Games, he saw a lot of panic in the city. “The narrative of our video game landscape then was all about which big companies were leaving town or closing down. Sure, big companies are needed in our ecosystem, but what we really need is small companies that keep people here.”

The narrative is now shifting, with more locally owned studios than ever before. Amongst those studios, Josh sees more collaboration here than anywhere else in the world. “There’s a bunch of successful, home grown studios now, and we all meet up and share data and information. Creative BC can help us do that even more, connecting us not only with each other, but also with the other creative industries. Together, we can really make an impact.”

East Side Games isn’t only about making games, it’s about building and supporting communities. When they outgrew their Gastown office, they moved to the Cambie corridor, and while technically they’re on the West Side of Vancouver, the connection to the East Side remains strong. “I’ve lived in East Van for 22 years. For us, it’s all about supporting the neighbourhoods we work and live in. We have a charity initiative that focuses on buying local – from our furniture to our swag, our coffee to our beer, we make choices every day to keep our money in B.C.”

The video game industry is great at rallying around people when they are in trouble, yet they aren’t always great at celebrating success. 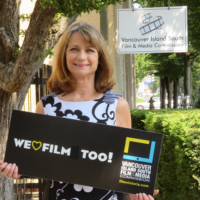 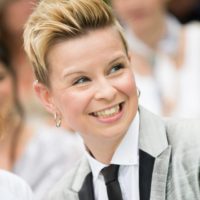