“It’s important to lead by being open to learning things you don’t know.”
– Rae Spoon

Growing up, Rae Spoon was actually quite shy. Rae sang in a choir and started playing the guitar when they were 11. Music became their way of relating to other people, a social tool for personal expression. “When I decided to play music for a living, there was no holding me back. I just went for it!”

When Rae started in the music industry over 20 years ago, there didn’t seem to be much focus on a diversity of voices. While that has begun to change, there is still a long way to go. “I started my career out as queer in the 90s, and it wasn’t as open as it now feels in Calgary. I moved to Vancouver and came out as transgender in my 20s and had to navigate that. I had to find my identity, where I was from.”

Rae started Coax Records to support artists who are underrepresented. “I work with artists to present their music in a way that represents their story, not their identity. Many times, I’ve been invited to share my story, and people want a simple break down of one part of my identity – being trans took over everything. Everybody has complicated pieces of different things, where they are from, how they were raised, who they’ve met along the way. People need to be able to tell their own story.”

There are numerous barriers facing underrepresented artists, and most of them go unnoticed by those not directly impacted. “Most things I’ve learned have been through people facing different issues than me, and it’s made me open to learning things that I might be doing that are limiting others,” Rae states.

“Oppression is a series of decisions people make. To get a record in a music store, it needs to go through this chain of mostly white men – from recording to distribution, there are so many prejudices that are unconscious. Even preference is prejudice.”

There are so many people in Canada making world-class music, and there is so much talent in our province. Rae hopes that people realize that just because they haven’t heard of it, doesn’t mean it isn’t great. It likely means that there isn’t as much money behind it. “I want people to explore where there’s less funding.”

Rae has seen how much time and investment is being poured into the music industry in B.C. Rae received a grant from Creative BC, and that grant changed how Rae normally approaches making a record. “Creative BC wanted me to hire B.C. musicians, and that gave me pause to look around and see musicians that are closer to me. Everyone on my record was either a woman or non-binary. I was conscious with who I hired to create new opportunities.”

Since Rae started out, they are excited by the acceptance and space that young artists are growing up with, yet there’s still work to be done. “We have this opportunity to create these ambitious moments to make space for people. I’m happy with my career, I get to play music the way I want to. That’s my goal for other people now.”

An Interview With Rachel Leiterman Director of “Man In The High Castl... 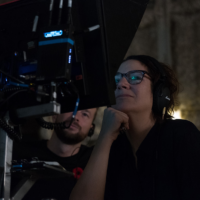 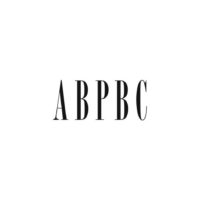