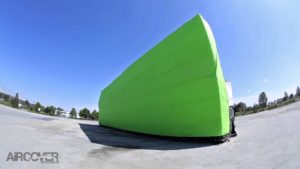 “If Creative BC can help get the word out about what we’re doing next with the Air Panel, that would be a huge door opening for us.” -Steve Smith

Safety was a big motivator for Steve Smith and his partners when they started Aircover Inflatables, an alternative to the traditional green screens used in the film industry. Their previous experience as key grips had them putting up substantial screens for visual effects, with no way of controlling the elements. “It was actually quite dangerous; there were incidents of large screens blowing over in crazy wind storms.”

Their goal was to build something that was not only safer, but also more efficient and environmentally friendly. The end result won them an Oscar. Steve credits their success to their persistence; “It took several years and many prototypes, but we created an inflatable wall, the Air Wall, that could be used as an outdoor VFX screen.” Since then, productions like Godzilla, Tomorrowland, and Planet of the Apes have implemented use of the Air Wall successfully.

According to Steve, there have been some incredible inventions designed by grips. “Grips are inventive; we’re problem solvers. We’re in charge of making shadows and supporting cameras. We install large outdoor screens and backdrops, mount cameras to cars; we do all kinds of things. We’re often asked to do things that shouldn’t be possible, yet we have to figure out how to do it on the spot! That’s the mind you need to have to be a grip.” 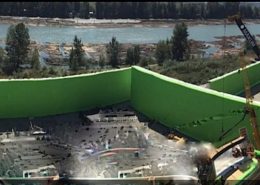 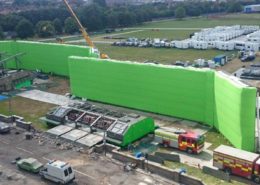 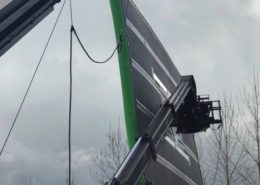 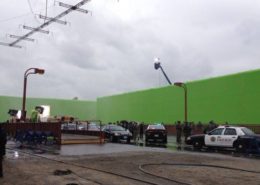 Steve’s been amazed at how other grips have used their products in ways they didn’t initially intend on.“They were using one of our Air Walls on Pirates of the Caribbean in Australia when they started to deflate it to let more sun in. Someone suddenly yelled to stop as they realized they could control the airflow to have it maintain a specific angle. They slowed down the airflow and it got them the shot they needed!

”Steve and his team are now working on a smaller Air Panel that tilts, pans and rotates. It’s particularly helpful for smaller productions that don’t require large outdoor screens. “The Air Panel will be a huge time saver; it’s compact and easy to get into locations with limited space. It’s completely unique – there’s nothing like it anywhere.”

As Steve and his team head into prototyping, they need support with funding and making connections. Coming from Los Angeles, Steve is proud to call Vancouver home. “I’ve been here for 17 years and it’s amazing how well the crews and departments get along and work together. We’ve had an incredible response from people here, but it’s always hard in the beginning with a new product. We can always use more support when it comes to getting the word out.”

Learn more about Aircover Inflatables on their website: aircover.ca

An Interview with Ché Aimee Dorval