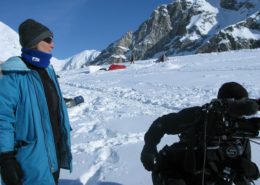 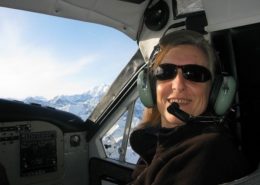 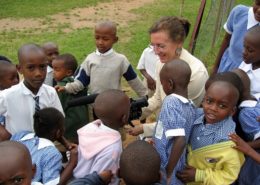 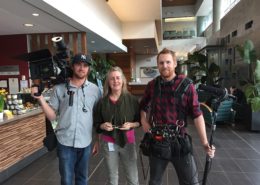 “From workshops to conferences, Creative BC has helped me stay connected with my industry and my own skillset. It’s no longer enough to have an idea – you need to flush out your idea and present it in a way that entices people to invest and get involved.” -Melanie Wood

Melanie was not allowed to watch television as a child. Ironically, she now creates documentaries for a living.

“I started to think about stories and issues in a way that would intrigue people. My first documentary, “A Stranger in Our Home”, was about kids who fell prey to predators on the Internet, way before anyone was talking about that. That was the beginning of my love of telling longer form stories and doing it at my own pace, in my own way.” Melanie’s film career commenced after completing a communications degree at SFU, and being exposed to a new world entirely, while working at CBC.

“I love being able to tell stories of people who never thought of telling their own; it gives it all a greater purpose and you feel the support of an entire community. That keeps me going.” Melanie admits it is no easy feat to stick to documentary storytelling style films, but it is her calling.

While Toronto was once considered the hub of the Canadian film industry, times have changed. “Back when I first started making films, it was very difficult to pitch a film in Toronto that you wanted to make in Vancouver. Creative BC has helped to change that by supporting people like me here in BC. It’s not just about money – it’s about having people willing to help you make something before there’s money. That’s where I turn to Creative BC.”

The ever-growing feature film industry has also put Vancouver on the map. New stories can be brought to life in a vibrant city coloured by diverse talent. “We have the opportunity to access small, intimate stories here and tell something more universal. Being in Vancouver is a real advantage for me.”

The film industry is constantly evolving. From the shift to digital, to the new methods of film production and distribution, there is always more to learn to stay up to date with the industry. “From workshops to conferences, Creative BC has helped me stay connected with my industry and my own skillset. It’s no longer enough to have an idea – you need to flush out your idea and present it in a way that entices people to invest and get involved.”

Melanie does not shy away from challenging projects and complicated subjects. Her latest project, “Living in Hope”, explores the stigma of mental health and the strength of the human spirit. “Every time I do a new film, I grow. In the end, we are all just people.”

Profile of Steve Sxwithul’txw: Director of “Leave It On The Wat...

Profile of Odessa Shuquaya: Director of “Cedar Tree Of Life”
Scroll to top