Based in Vancouver, Image Engine is a world-class visual effects studio with a portfolio that reflects involvement from the very first stages of production including concept design, pre-visualization, and supervision, all the way to post-production with services that range from computer-generated animation and compositing, to explosive volumetric digital effects.

Getting its start in the industry as the offspring of the early digital video post-production environment of the mid-1990’s, Image Engine has established itself as a leader in creature design and animation. Best known for its Academy Award Nominated work on Neill Blomkamp’s District 9, Image Engine has managed the entire visual effects services of numerous notable films, including Straight Outta Compton, Zero Dark Thirty and Elysium.

As Vancouver’s longest standing independent visual effects company, Image Engine continues to be a driving force in the local visual effects community while growing its capacity for other creative output such as complex digital environment work. 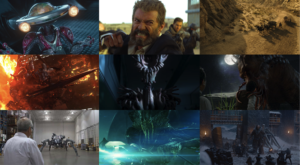