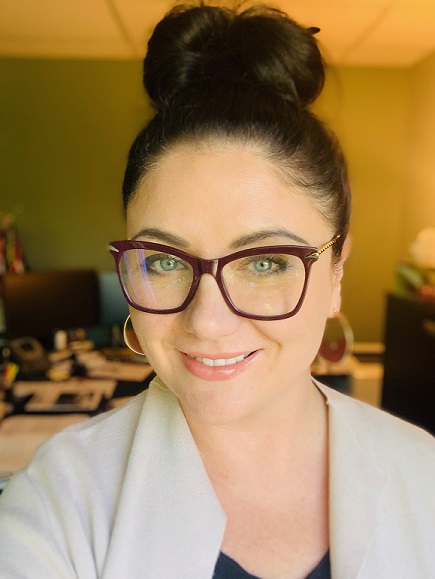 “Never wait to be asked, and never be afraid to ask”– Crystal Braunwarth

From appearing as an extra alongside her Grandfather at the age of 4, Crystal Braunwarth always knew that film and television would be the right path for her. As an Assistant Business Representative for IATSE Local 891, Crystal has explored a lot of different avenues in her publicity role, from working on Netflix’s To All the Boys I’ve Loved Before 2 to running her production company Last Train Pictures. Crystal Braunwarth is an also award-winning short filmmaker and has been involved in union and non-union film and television in British Columbia for the last eighteen years.

We spoke to Crystal about her twelve years of experience as a unit publicist in a rapidly evolving motion picture industry in B.C.

How did you get started in the industry?

I was exposed to the entertainment industry quite young.  My Grandfather was involved on the acting side and so I was on my first set as an extra at the age of 4 in a movie that filmed in Alberta, called Betrayed.  I went to Capilano University Professional Film Studies program, graduated and began assisting producers and directors and making my own films. Included in those roles was script coordinating and clearances/product placement, which are a couple of non-union roles that people interested in film can explore to break-in.  From there, I joined the production office via IATSE 891, then mentored under one our wonderful ICG 669 Senior publicists, Lee Anne Muldoon.  I joined ICG 669 and became a Jr. Publicist and moved up to Senior.  That’s a short summary of a 22-year span!

What was it about publicity that sparked your interest?

What immediately appealed to me was the creative aspect of the job.  On some productions, the unit publicist is the first one to do a pass of loglines, synopsis and summaries, along with production notes.  That, and going through the reams of photography and choosing selects based on what best represents the show.  They are the images that will potentially accompany articles, magazines, social media…the list goes on. You get to really contribute in a meaningful way because you know the show intimately. Interviewing producers, directors and actors was a bonus, they have invaluable insight and knowledge of the industry that you don’t get in film school.

What is a semi-typical day like for you working as a Unit Publicist?

Every show is quite different.  Television is a very fast paced environment with changing schedules, block shooting and revisions, so you have to be on your toes.  You have to schedule stills days per episode based on what’s most important to cover, look for good days to have press on set, anticipate where your gallery shoot might fit in, constantly look for opportunities to interview cast and key crew members for production notes,behind the scenes shooting and special marketing requests.  For feature films, it is similar, but normally higher profile actors and producers, a little slower paced but just as intense in its own way.  You really have to experience it to fully grasp the nuanced differences, but those are the basics.

What are some of the differences between working on a domestic vs. foreign production as a publicist?

I find domestically, I have built up firm relationships with producers and content creators, so they often involve me more in a creative way when it comes to coming up with engaging special features/digital/web content and gallery shoot concepts.  I work with a solid team of photographers and shooters so they know whatever we deliver will be top notch.  On Foreign shows, there is a much bigger marketing machine behind the scenes that normally has predetermined the promotion path and it’s a matter of managing and gathering content on the ground during filming.

Could you describe a moment in your career where you felt like you’d reached that happy medium of balancing work with your passion?

I think that’s a constant balancing act as someone changes along with their career.  In 2015 I was able to attend San Diego Comic Con with the wonderful publicity team from AMC, promoting Fear the Walking Dead and The Walking Dead.  As a publicist, it was a wild and crazy few days of interviews and panels with both shows, crossing paths with Quentin Tarantino and the cast of Hateful 8, Jamie Lee Curtis and others.  As a filmmaker, listening to Tarantino give an interview two feet away was an interesting moment of my passion for making films and the career that led me to that moment, running head-on into each other!  Interviewing Ellen Burstyn and Harrison Ford were also two ‘pinch me’ kind-of moments.  A girl from small town Alberta sitting across from iconic, movie legends and having a conversation no less.  As I’ve worked very hard to get to those seats, I also recognize there is a certain amount of privilege that has been afforded me to get there.  I am grateful for the experiences and try to pass along as much knowledge as I can to anyone looking to break in.  As part of that giving back, I also developed the first of it’s kind unit publicity course offered earlier this year via ICG 669, and loved the experience of seeing people eager to get into the field, excited and prepared to go apply their new skills.

What’s a common misconception about your field?

That ‘unit publicists’ handle the actual promoting of the show.  We really handle all the publicity garnered and gathered during ‘unit photography’, which is during the shooting process.  Some of us venture outside of it and join launch teams, and some have their own marketing companies, but it’s really the studio/network marketing engines that handle the splash of campaign pushes, in all aspects.

What advice would you give to people entering this field of publicity?

Be prepared to work hard.  It’s a constant outreach for contacts locally and Internationally and you must be proactive about finding them and keeping connected.  You have to apply that to your work ethic as well.  In most cases, you are a department of one on the ground and so you must be the one asking questions, setting up phone calls and making things happen.  Never wait to be asked, and never be afraid to ask.

Publicity and comms/PR can be notoriously busy industry, what do you do for self-care in such a hectic field?

I make time for my family.  I have a two-year-old now and so it is important not to get caught up in the grind of film hours.  I commit to 8-hour days on shows, and I’ve never had push back.  I think it’s easy to get stuck in film thinking you have to conform to certain structures and in some departments you do.  But in publicity, you have a little bit of flexibility and so I was able to make it fit in with my transition to motherhood. I’ve been fortunate as well to work as the assistant business representative this year at IATSE 891, a union over 9,000 members strong and it’s a role that relies heavily on my past experience and communications skills. It’s also a bit more stability at this time in my life, as production cycles can be a bit up and down when it comes to the demand of who is hiring a local unit publicist and who is using their own, in-house publicists.  Unit publicists are not a ‘mandatory hire’ as other positions are, so we’re not as protected in that sense.  That’s a draw back for sure, for local unit publicists here.

What’s a fun and unexpected bonus of your role?

What’s been truly fulfilling to me is the lasting work and personal relationships I’ve built over the years.  When you work in such a demanding industry, you go through the fire with colleagues from the moment you step on the ladder and move up.  Specific to my role, having the opportunity to work with the incredible talent that comes into this city and talent that resides in this city, in front of and behind the lens has been a tremendous influence on me.  From small art house shows, to big Hollywood films, every production has presented an opportunity for me to grow in all areas of my craft.  Passing that knowledge on to future publicists has been an honour and a privilege. 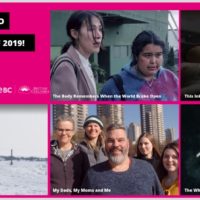