Oats Studio, is a movie and television production company located in Richmond, BC, and established in 2015 by brothers Mike and Neill Blomkamp (director and writer, known for District 9, 2009; Elysium, 2013; and Chappie, 2015).

Dubbed as an experimental filmmaking “lab”, they operate a full-service studio with the capacity to handle all aspects of production from start to finish. Oats prides itself on being local, with a crew of 45 who all work in-house.

Oats focus is to make original and interesting short film content, eventually producing full feature films and series from the material they create. Their unique approach to filmmaking allows the studio to work in an open source format with their audience. This provides fans with access to the film’s assets, fostering creativity and collaboration within the entertainment community. Neill, the visionary behind Oats Studio, describes their culture like an “open playpen”, promoting originality and imagination all under one roof.

Neill and Mike accurately represent Vancouver’s film scene, highlighting their local production talent they’ve developed over the past two and a half years. Showcasing the creativity this studio has to offer, Neill and his team simultaneously produced three sci-fi short films: Rakka, Firebase, and Zygote. Make sure to follow Oats Studio, stay tuned to their website and visit Oats’ Youtube page for upcoming projects. 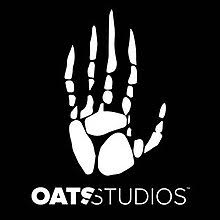 Arts Council of New Westminster – Passionate about the Arts!
Scroll to top