“I didn’t always trust myself, or my voice. That trust came with a lot of practice.”-Nadine Tremblay

“I really wanted to be Shirley Temple when I was four years old,” recalls Nadine Tremblay. “I started as a dancer and then moved to vocal lessons.” After getting a degree in opera and a certificate in musical theatre, she cofounded Iron Mountain Theatre in the Kootenays. Nadine wrote six musicals in 10 years, and toured Canada many times over. “It was hard though, people on the team would leave to get real jobs, but there I was, trying to keep the dream alive!”

Nadine chose the name Sexton Blake for her musical persona as a nod to the fictional British detective. “As a musician, I felt a bit like a private investigator. I would take themes and ideas and then analyze them and turn them into art. I think there was also a sense of feeling like a fake. I had this idea that I had to fake it until I made it, when really I just needed to get out there more.”

One of the challenges to making art in a small town is finding people to learn from and look up to. “The pool of talent is smaller here; there aren’t that many people pursuing music as a career. I learned by making mistakes, but I wish I had asked more questions, found more mentors.”

It can be quite isolating being an artist in rural British Columbia, especially when trying to get the word out. One of the things Nadine hopes for in the future is more face-to-face time with other musicians. “It’s really special to have the in-person get togethers. We don’t get a lot of opportunities to meet up, which is why the Kootenay Music Awards are so special.” And of course, she also hopes for more funding as it’s hard to make a proper album or music video if you can’t pay people a competitive rate.

“Creative BC helped me make an amazing video and it was really successful because of the quality of people on board. It was nice to be able to pay people what they are worth and not just offer a small honorarium.” The video “Go Outside” had 20,000 views in a matter of days and was nominated for best music video at the Kootenay Music Awards. “I wrote the song to encourage people to put themselves out there, to step outside their comfort zone and try something new.”

And that’s just what Nadine did with her music career. “Having a small community means having a small family. I really know my community, and they know me. I didn’t realize I had so much support until I was nominated. The love was overwhelming!”

An Interview with Michael Cline Owner of Vinyl Envy 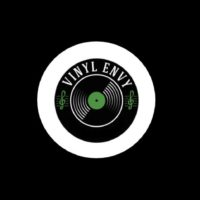 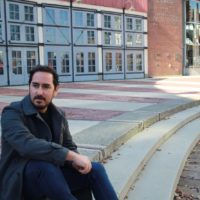 An Interview With Ricardo Khayatte Publisher and Editor-in-Chief at Vancouver...
Scroll to top