As a self-admitted energy nerd, Mark Rabin got into the film industry through the back door. “It started with my passion to understand the energy system we’re in today and how it’s transforming.”

His journey took him from working as a geologist in the oil industry to earning a masters in energy economics, to working in Namibia building off-grid power systems. In 2013, he started to look at portable power when he realized how primitive and inefficient it was. “When I see something that’s broken, I immediately focus on how I can fix it. The generators I was seeing were loud, toxic, inefficient, and you could die if you left them in an enclosed area. I looked at them and knew I could do better.”

Mark launched Portable Electric in 2015, primarily working with festivals and events. Soon after, film industry people started poking around, asking him about his VOLTstack units. “They couldn’t believe there could be power with no noise and no emissions, and that they could put it in a vehicle or elevator. They were definitely interested.”

In 2017, Portable Electric sponsored the Crazy8s film competition, and that created a whole wave of film interest. They got their first significant production, The Man in the High Castle, and that was instrumental in understanding what film people needed. Since then, they’ve worked with most of the major studios, and on films like Bond 25 where crews are taking their portable power units around the world, on boats and up in cranes. Mark has seen people use them in ways he could never have initially imagined, and he’s adapting the technology based on how people are using them.

Portable Electric partnered with Creative BC and the Reel Green initiative to implement sustainable solutions across the film and television industry. There’s an accelerating adoption toward clean energy systems, but some people don’t want to rock the boat. “There are people who have been doing it one way for 30 years, and their first reaction is that this won’t work. Once we get in there and show them how it works, it takes three days and they’re sold. The education piece is critical – we need to show them the features, the cost savings, the time savings – all of the ways we can make their job easier and allow them to do things they couldn’t do otherwise.” 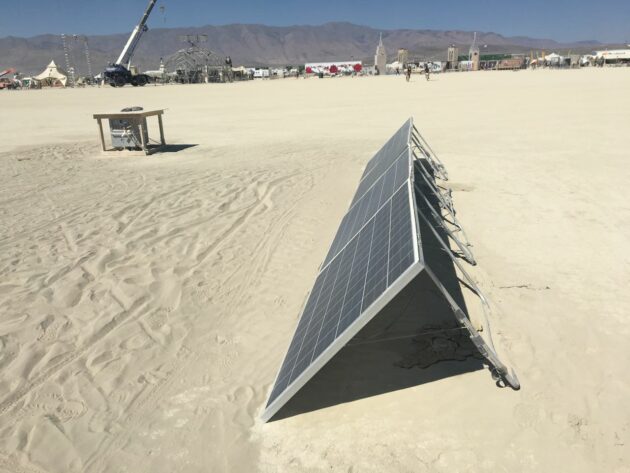 While Portable Electric is the industry leader, there’s competition entering the market. “There’s a generational shift taking place, and I say bring it on! This will make everybody better. We want to go head-to-head with the best out there so we can all get better. There’s a great term called co-opetition, where we are all competing but also cooperating to advance on similar goals. That’s what Creative BC is championing, and it’s awesome to see that going on.”

For Mark, sustainability is actually about innovation. “It’s so much more than saying you need to be ‘green.’ It’s about changing systems, managing waste, communicating with crews, and making long term decisions. When it comes to sustainability and the environment, doing nothing is no longer an option. We need to be scared, but not paralyzed with fear thinking there are no solutions. It’s about finding bite-sized ways to influence and nudge social behaviours. We have to give people incentives to do the right thing. We have the technology today that’s needed to transform the world around us.”